Newtown Township Board of Supervisors recognized Margaret MacIlvaine Robbins on her 100th Birthday Celebration and thanked Mrs. Robbins for her service as a WAVES volunteer during World War II as pictured below.  Margaret is shown with her son Tom Robbins, Township Manager Stephen Nease as well as in her WAVES uniform with the two medals she received. The medal on the left is a World War II Victory Medal and the American Campaign Medal is shown on the right.  Congratulations Margaret! 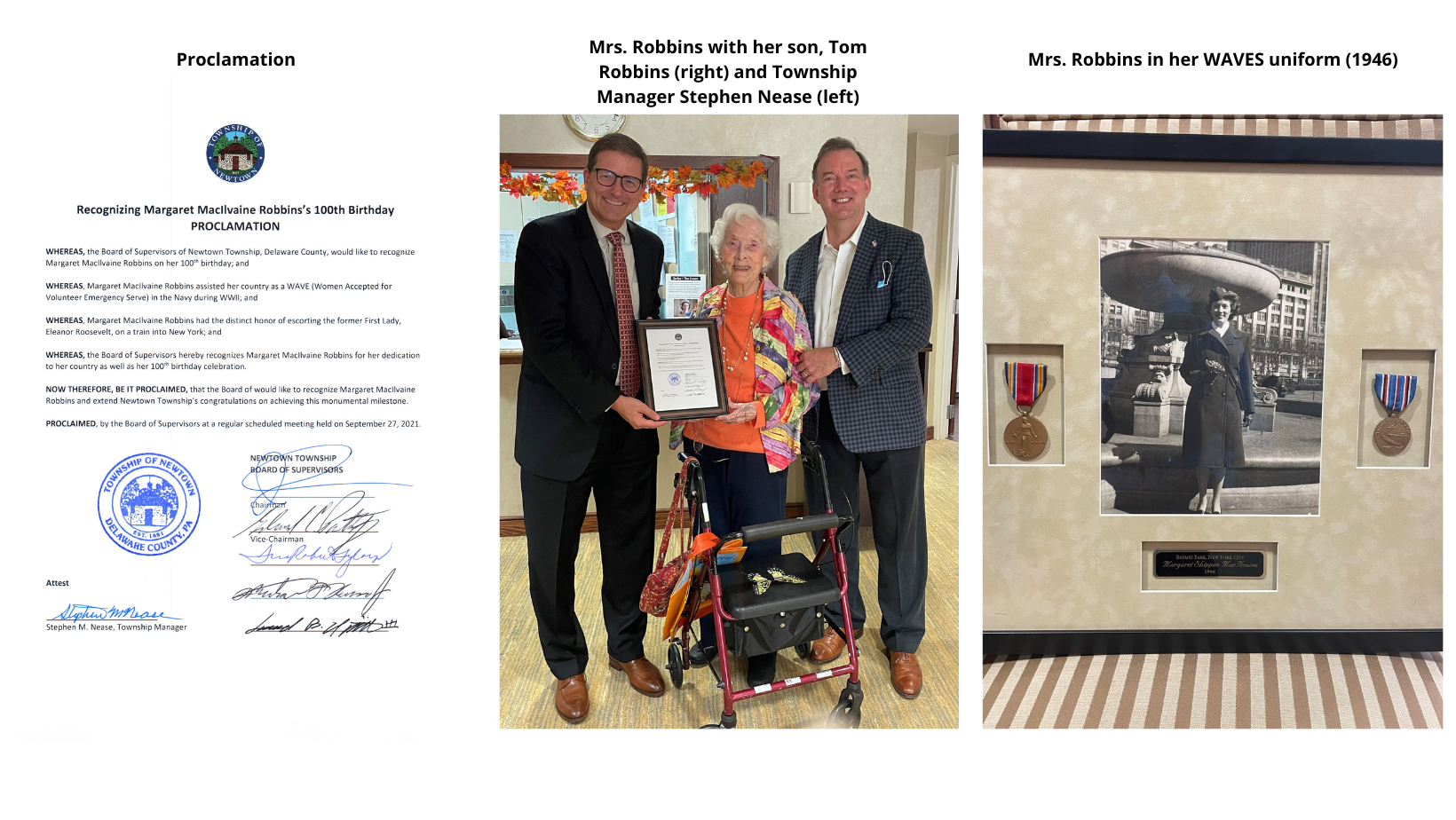